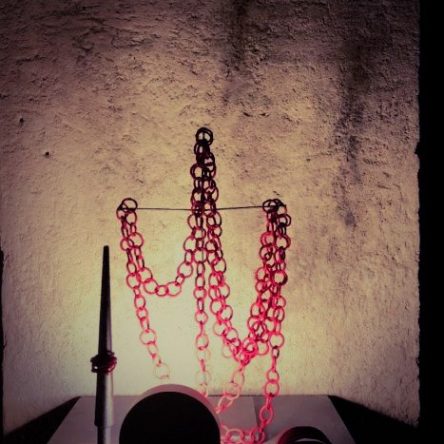 After Milan and New York, Monica Castiglioni opens a new store in Ortigia

Saturday, May 12 Monica Castiglioni will inaugurate her third atelier in Ortigia, a tiny shrine filled with treasures and made of a very intricate network of old streets and courtyards. In an impressively beautiful courtyard off the main street that leads to the cathedral, Monica Castiglioni is opening a new world, where she will explore new horizons.

Monica Castiglioni’s new world is made of ancient walls, native colors, respect for a thousand-year-old culture and her jewels that enshrine the essence of her creativity: bronze, her favorite material, or silver and her most recent experience which is a 3D printed collection produced in collaboration with .bijouets. For all her ateliers, Monica has chosen gentle women-custodians, who offer her treasures to the visitors, and another two women, Costanza Algranti and Alessia Genovese made Monica’s furniture designs come true, while Davide Groppi designed and created exclusive lightings. The wide spaces guide visitors to the showcases where jewels are displayed in their full magnificence.

Monica Castiglioni’s story is made of islands, experience, bridges, and beauty. Island is a word that Monica Castiglioni treasures.
Isola is the neighborhood in Milan which is connected by a bridge to the rest of the city and where she has her workshop; Milan is the bridge through which her ideas and pieces of jewelry take the route to Asia and the rest of the world.
For Monica, Brooklyn is the island where she opened another door on the world, and the Brooklyn Bridge connects it to Manhattan.
Sicily is a fragment in the sea, the island that proves both the separation and connection between Africa and Europe within that Great Mediterranean Sea where ancient populations used to sail, and which still unites and separates them. Sicily is a bridge towards otherness and means fire, volcanoes as well as living and scorching hot matter. Sicily is as gentle as its orange flowers, yet stinging and juicy like its prickly pears. Sicily is tasty and simple like its bread yet sophisticated like the products of the human mind and Monica’s jewelry.

Sorry. No results match your search.